His Holiness The Dalai Lama and DGCEC 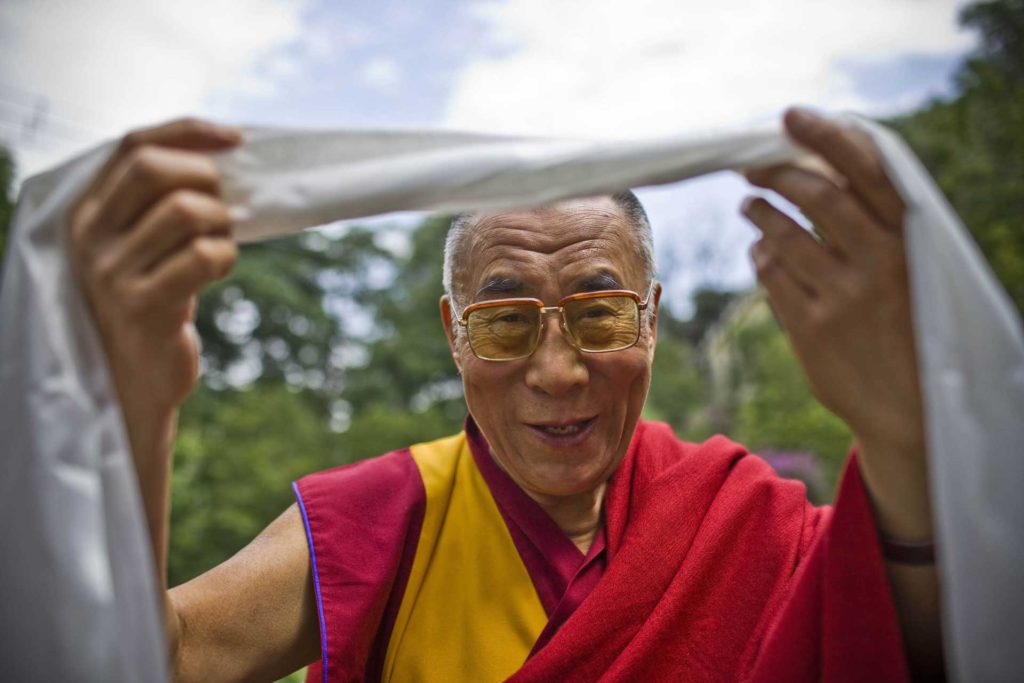 The visit of H.H. The Dalai Lama to Louisville in May 2013 touched the hearts and lives of many. 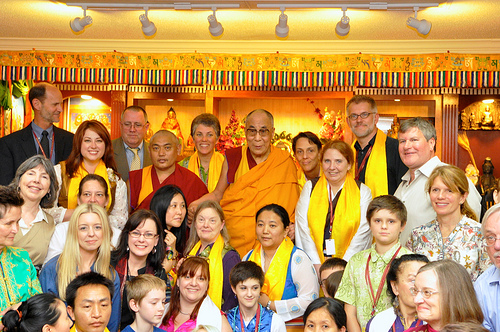 His Holiness with DGCEC Sangha members in the shrine room

At the announcement of his coming Louisville came to life as citizens across the city came together in an Inter-faith expression of unity and a celebration of diversity.

The Dalai Lama spoke in the Yum center to a full house of 14000 people, eager to hear his guidance on how each one of us can commit to creating a better world through the expression of kindness and compassion for one another. 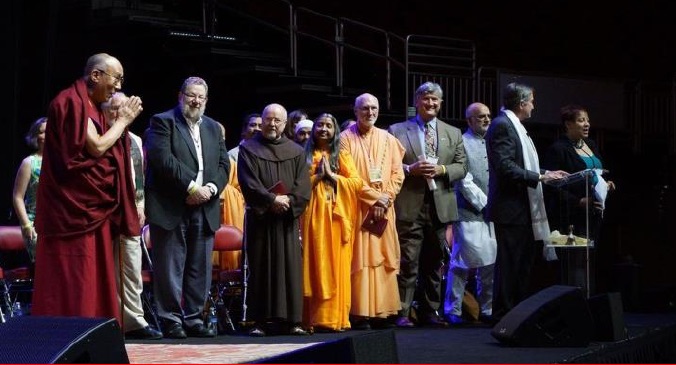 The event was recorded for your enjoyment and further learning. Louisville based vibraphonist and composer Dick Sisto and New York pianist and composer Kenny Werner teamed up with three compositions each, spiritually resonating a meditative tribute to the public talk of HH the Dalai Lama. The music has been released on CD and is available etc.etc Enjoy!

4-DVD Set: His Holiness the 14th Dalai Lama “Engaging Compassion” Through this set of four DVDs of 150 minutes each, viewers have the opportunity to experience the wisdom shared by His Holiness the Dalai Lama during his visit to Louisville May 19, 20 and 21, 2013. His teachings include dynamic and practical steps for “engaging compassion” that are based on our shared humanity.