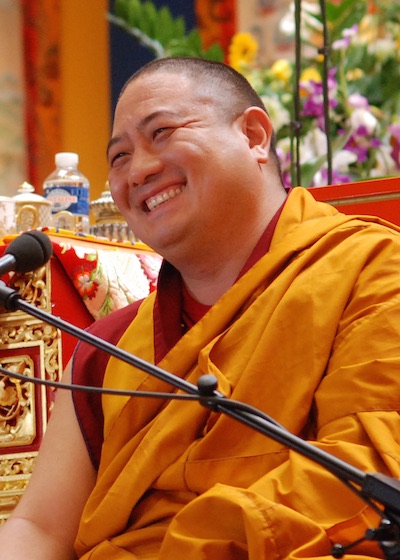 SHECHEN RABJAM RINPOCHE is the grandson and spiritual heir of the late, Dilgo Khyentse Rinpoche, one of the foremost Tibetan Buddhist masters of the 20th century. Born in 1966, Rabjam Rinpoche began receiving teachings at the age of three from his revered grandfather and today holds and transmits this unbroken lineage to his students. Rinpoche is the seventh in the line of the Rabjam succession and abbot of Shechen Monastery and Nunneries. He embodies the authentic Tibetan Buddhist tradition combined with a modern view and approach and is well known for his warm and generous presence.

DILGO KHYENTSE RINPOCHE (1910-1991) was one of the great luminaries of Tibetan Buddhism in the twentieth century. He was a highly realized and accomplished master committed to the transmission and preservation of Tibet’s spiritual legacy.